As shown in the movie “The Source of Love“

A Chinese man befriended Christians, intending to betray them. He had a list of names. One night, he had a dream. He was instructed to cut up the paper with the names, into three pieces. The first piece of paper unfolded into the shape of a cross. In his mind, that represented Jesus. He set it aside. When he unfolded the next two sections, there were actually many pieces of paper, due to the folds. He began arranging the pieces of paper. Almost immediately, he formed the Chinese character meaning “Death”. The message was very clear. If he rejected the cross of Jesus Christ (by setting it aside), he was left with death.

This made the man very unsettled. He then set the cross on the table, right in front of him. Next, he began to place the other scraps of paper together with it. This time, he formed the Chinese characters meaning “Eternal Life”. If he rejected the cross, he would face death. Having been around Christians so much, he knew death meant not only dying, but also being separated from God forever – what his Christian friend called hell. If he accepted the cross of Jesus, he would have eternal life. 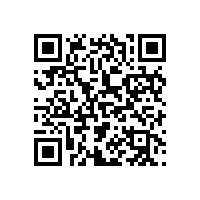