The Ancient Mystery that Holds the Secret of America’s Future

Is it possible…
That there exists an ancient mystery that holds the secret of America’s future?
That this mystery is behind everything from 9/11 to the collapse of the global economy?
That God is now sending a prophetic message on which America’s future hangs?

Before its end as a nation, there appeared in ancient Israel a series of specific omens and signs warning of destruction — these same Nine Harbingers are now manifesting in America with profound ramifications for America’s future and end-time prophecy.

Hidden in an ancient biblical verse from the Book of Isaiah, the mysteries revealed in The Harbinger are so precise that they foretell recent American events down to the exact days…the 3,000-year-old mystery that revealed the exact date of the stock market collapse of 2008…the ancient prophecy that was proclaimed from the floor of the US Senate and then came true…and more. The revelations are so specific that even the most hardened sceptic will find it hard to put down. Though it sounds like the plot of a Hollywood thriller — it’s real.

Written in a riveting narrative style, The Harbinger opens with the appearance of a man burdened with a series of messages he has received in the form of nine seals. Each seal unveils a prophetic mystery concerning America and its future that takes you on an amazing journey that will change the way you see the world forever. 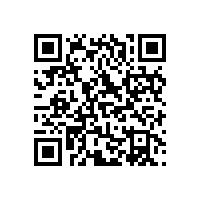