James Hudson Taylor III, great grandson of founder of the China Inland Mission, was born in China’s ancient city of Kaifeng. He later returned to the US for university education. In 1955, James and his wife Leone moved to Taiwan and began their missionary service in Kaohsiung. Their 3 children were born during their first term in Taiwan.

During 1960-70, James act as the principal at the Holy Light Theological Seminary. In 1970, James was invited to serve as the founding President of China Evangelical Seminary. From 1980 to 1991, James became the General Director of the OMF. In 1994, James co-founded Medical Services International (MSI) in Hong Kong and was appointed Honorary Director in year 2004.

Sichuan province conferred on James Honorary Citizenship in 2007. He referred himself a “shell-less egg” as he was white on the outside and yellow inside. James believed he was blessed to be born as a Taylor family. His great grandfather once said, “If I had a thousand lives, China should have them.” “No! Not China, But Christ.” As a tender and humble person, James followed his grandfather’s footpath and served his entire life for Chinese and God. 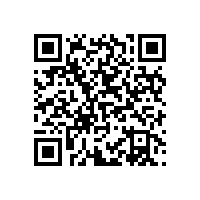