“The fateful day began with deceptive normalcy at John and Betty Stam’s missionary residence in Tsingteh, China. Both the wood-burning stoves had been lit and were starting to heat up nicely, helping to lessen the chill that gripped the large old house that cold, early December morning. The Stams, along with the six Chinese who lived with them in the house, had already eaten breakfast.

“John hoped to study and get some correspondence done that morning. Betty was preparing to give their three-month old baby, Helen Priscilla, a bath, with some assistance from the amah Mei Tsong-fuh. The cook, Li Ming-chin, busied himself in the kitchen. His wife, mother, and two children similarly had begun their various daily activities.

“John and Betty had been in Tsingteh for just two weeks. They had come there under the auspices of the China Inland Mission (CIM) to oversee the infant Christian work that had been established in the southern portion of Anhwei Province. There were very few Christians in the area, but the Stams were thrilled at the prospect of carrying out pioneer evangelistic work to help bring the Gospel to that needy part of China.”

So begins this gripping story of missionary endeavour in China. The early church leader, Tertullian, said that ‘the blood of the martyrs is the seed of the church’. This is just one story of the people who’s witness is the cause of the spectacular growth of the church in China today. 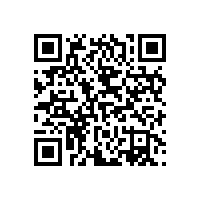