AN INSIDE LOOK AT THE GENIUS OF GE

Bill Lane was Jack Welch’s speechwriter for 20 years. In the first book by a GE insider, Lane shows that the real secret to Welch’s immense success as a leader was Welch’s ability as a master communicator. Welch launched a communications revolution that took GE from a ponderous supertanker of a company, to what Welch called a high speed “cigarette boat” capable of radical moves and rapid learning from the best institutions in the world.

Jacked Up gives you a front row seat to Welch’s twenty-year campaign to transform GE. Lane’s first-hand, fly-on-the-wall account reveals some of Welch’s most vivid and exciting moments, including :

You’ll learn Jack’s simple, often brutally enforced guidelines for “making a great pitch”, and how Welch practiced them himself in his memorable appearances before employees, financial analysts and customers–and his zero-tolerance of BS.

You’ll witness laugh-out-loud-funny cameo appearances from boldface names like Southwest Airlines Herb Kelleher, Don Imus, Jack’s ex-wife Jane Welch, Conan O’Brian, and “Triumph, the Insult Comic Dog”. And you’ll understand exactly how every leader can master the art of communication, to teach and inspire, shock and provoke, all at the same time.

This is Jack at his out-and-out best. This is the only book a leader or aspiring leader will ever need on effective communications. 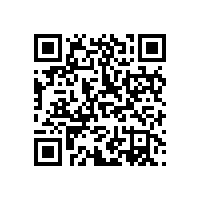