A Jihad Survivor’s Journey from Revenge to Redemption

A TRUE STORY OF FORGIVENESS AND GOD’S INCREDIBLE PROVISION
As a boy in Egypt, Brother Nathan witnessed an unthinkable attack on his father, a Christian pastor in a majority-Muslim country. After the attack, Nathan sought revenge and vowed to avenge his father. As a man, by God’s incredible provision, Nathan ministers in the village where his father was targeted, as well as in countless other cities and villages across Egypt and throughout the Middle East.

Love Casts Out Fear tells the gripping story of danger, overwhelming anger, and forgiveness that’s beyond comprehension. Through Nathan’s experiences in Egypt, his beloved homeland, you’ll see firsthand the joys and difficulties Christians face in the persecuted church in the Middle East. And you’ll marvel at God’s ability to care for those who follow his call and to change hearts in one of the most dangerous places in the world to claim Christ as Lord. 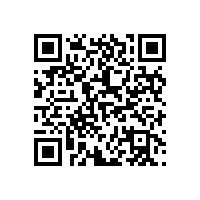