Beyond Trying to Be a “Real” Man

What do men need in the twenty-first century? There are so many opinions–some think the answer is a masculine to-do list. Others give detailed directions on how to become a “real” man. Those things can be helpful, but do they get to the core of the identity issues that men are facing today? You can’t know who you are and who you are meant to be without knowing the love of your Father–that is, your Father in heaven.

Without knowing the Father’s love and acceptance, men are adrift looking for identity in imperfect relationships or cultural norms about manhood. But knowing God’s fatherly love changes everything. A man who is forgiven and accepted by his heavenly Father is free to become like him. Living out of the love of God the Father changes everything for his sons.

Instead of telling men how to recover and reclaim their masculinity, Pete Alwinson invites men to recover and reclaim an intimate, growing relationship with their heavenly Father and live out of that identity in their particular calling as sons, fathers, brothers, friends. Using personal stories and anecdotes from his many years of men’s ministry, Pete shows men that the way forward in life and relationships is through their growing relationship with their heavenly Father. 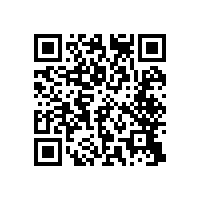