Unlocking the Power of Godly Inheritance

True Stories from the Children of Great Ministry Leaders Unlock the Power of Godly Inheritance! “One generation shall praise Your works to another, And shall declare Your mighty acts.” Psalm 145:4 Go behind closed doors with the sons and daughters of modern world changers, as the next generation shares personal stories of what it was like growing up being the children of God s generals. In transparent, tell-all chapters, you will read first hand experiences from the children of: Bill and Beni Johnson Heidi and Rolland Baker Randy and DeAnne Clark John and Carol Arnott Mike and Diane Bickle Lou and Therese Engle Che and Sue Ahn Georgian and Winnie Banov Jack and Trisha Frost Be inspired as the next generation shares their raw testimonies of encountering Godbuilding their own personal relationships with Jesus Be encouraged as you witness secrets to building a long-lasting godly inheritance that you can pass on to the next generation” 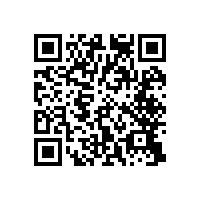