Has the Messiah been robbed?

Supernatural visitations. Divine time travel. An age-old cover up.
In the middle of it all: One man miraculously transformed by Yeshua.

In an instant, David went from being a skeptical Jewish columnist to a desperate seeker of Truth. The catalyst was an angelic visitation—a moment that marked him forever.

David’s quest spans numerous philosophies and religions, culminating with the Person of Yeshua – Jesus the Messiah. He is plummeted into a vigorous spiritual tug of war. Part of him is intrigued and fascinated by the Messiah, while another is plagued by guilt. How could a Jewish person like himself believe in Yeshua considering all the horrific acts that have been done to his ancestors in His name?

Author Ron Cantor, a gifted story-teller and authority on the Jewish Roots of the New Testament, takes you on an unforgettable tour of history as an angel supernaturally escorts David through the halls of time. You will soon discover that though atrocities have been committed in the name of Yeshua, the greatest crime of all may be against the Messiah Himself… a crime of identity theft. 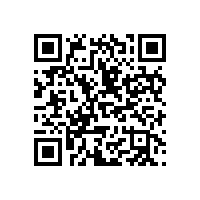