“He is no fool who gives what he cannot keep to gain that which he cannot lose.” – Jim Elliot

In 1956, 5 young American missionaries were killed by the Auca Indians in the Ecuadorian jungles while trying to reach out to them with the Word of God. That seemingly senseless tragedy half a century ago had become an inspirational marvel as that same tribe became friends with the families of those they killed! This is the story of one of those brave torchlighters—Jim Elliot.

After the missionaries were killed, their wives and family decided to stay to reach out to the barbarians. An incomprehensible tragedy, was transformed into an inspiring, touching legend, through love and forgiveness.

Jim Elliott grew up, especially burdened, for mission work in uncharted territories. But later when he faced danger and challenges of the forest in Ecuador, all the preparations that were made previously, seemed to him to be of no help. Akha tribe were uncivilized barbarians, they were not only cut off from external civilizations but harbored hostilities toward the outside world. In the end, can Jim and his missionary partners break down the Akha’s hostile defences against the external world, can the gospel resolve the murderous instinct of these savage killers?

“The miracle of forgiveness,” produced the animated “Pei Ling” classics, to impact especially children’s Sunday School and youths.   Through the life testimony of missionary Jim Elliot, young people are led to understand the true meaning of life, the life journey of miraculous divine signs and wonders. 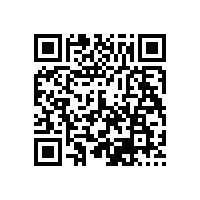