Being relaunched in the successful trailblazers series. John Welch just couldn’t be stopped. When he was a boy he was independent, stubborn and had a mind of his own. It all ended in tears as he ran away from his father, fell in with a gang of thieves and began a life of stealing and robbery. It seemed as though he had chosen his life and nothing and no one could stop him. But then he met God. John left his sinful life and became a preacher and with God beside him there was nothing and no one who could stand in his way – not even the King of England or the King of France!

This is the true story of one of Scotland’s most adventurous preachers.

As the son-in-law of another fiery Scot – John Knox – John Welch was bound to cause a stir – and he did! Find out about how he conquered roughians, saved a town from the dreaded plague and even dodged a cannon ball!

Extra Features include: Maps, Quiz, Time Line, What was life like then? And Fact Summaries 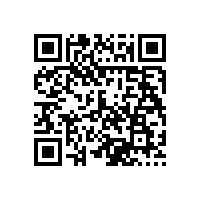