To Protect and Serve

BRYAN LAWRENCE is a cop who’s dedicated his career to the entire concept of ‘To Protect and Serve’.  But a chance encounter with two fugitives ends with Bryan being kicked in the face, paralyzing him from the neck down.

Bryan loves his family, God, and helping others.  His life had been full of drug busts, encouraging kids to succeed, and working to support worthy causes in the community.  He makes a promise to his future daughter-in-law that he’ll walk her down the aisle when her absentee father can’t do it.

After that fateful kick, however, Bryan finds himself in a whole new world – one where he is completely helpless.  The doctors say he will never walk again, but Bryan refuses to give up on that promise he made.
2016 BRONZE Crown Award Winner for Best Drama over $250,000.
2016 Crown Award Nominee for Best Evangelistic Film! 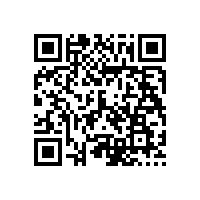