Rescuing Adolescence from the Myths of the Storm and Stress Years

Who says the teen years have to be terrible?

Although the word teenager has become synonymous with trouble, the evidence is clear: Adolescents have gotten a bad rap—and this according to a landmark eight-year study of 4,000 teens from twenty-five states. In The Good Teen, acclaimed researcher Richard M. Lerner sets the record straight. The book:

• Explores the academic origins of “the troubled teen,” dismantling old myths and redefining normal adolescence
• Presents the five characteristics of teen behavior that are proven to fuel positive development—Competence, Confidence, Connection,Character, and Caring—and specific ways parents can foster them
• Envisions our children as resources to be developed, not problems to be fixed
• Clearly shows parents what to do when things really go wrong—all teens, no matter how troubled they seem, can be helped
• Encourages new thinking, new public policies, and new programs that focus on the strengths of teens

“There is no one in America today who understands teenagers better than Richard Lerner.” —William Damon, author of The Moral Child, professor
of education, and director of the Stanford Center on Adolescence, Stanford University 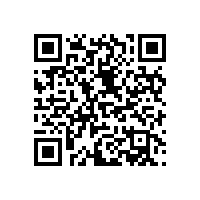