20 Years ago, Evangelist Samuel Ng Katz was called by the Lord Jesus Christ to share the gospel through the subject on “The Relationship between Christianity & Chinese Culture”. For the next 20 years, the Lord Jesus guided Evangelist Samuel to collect, study, pray, wait, meditate and research into this area of study in the “Relationship of Christianity & Chinese, Korean, and Japanese Culture”. He studied in the West as a Chinese scholar. This helped him to understand Christianity more thoroughly in relation to the Chinese Ministry.

Evangelist Samuel has since travelled to North and South East Asia, speaking regularly on this subject through major seminars held in Korea, China, India, Indonesia, Malaysia & Singapore, serving the Lord full time by faith. He has also conducted numerous seminars on the subject of “In Depth Breakthrough” in Singapore, Indonesia, Korea, China and Malaysia. This message carries prophetic power with an eschatological dimension. 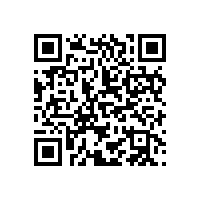