The attacks on the Twin Towers on 11 September 2001; the subsequent War on Terror ; the attacks on civilians both in Europe and in the Middle East; the rise of ISIS. These events have made the issue of terrorism impossible to ignore. In particular, attention has been drawn to the link between terrorism and religious belief, as both those responsible for terrorist acts and those who launch counter-terrorist actions justify what they do by appealing to religious teachings.

Questions addressed include: What are the roots of violent human behaviour? Why does religious fundamentalism have violent potentials? What do the Bible and the Quran each say about religious violence? How should inter-religious dialogue be pursued, and what are appropriate ways for religious believers to commend their faith to those who do not share it? The essays raise questions and challenge the ways in which believers have traditionally done things. They should be read, not as providing final answers to the questions raised, but as a spur to further reflection, prayer and action. 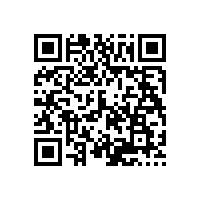