The Bramlee Bears character-building stories will help your children to see both the good and bad qualities at work in the lives of the bears and their friends in Bramlee Woods. Their adventures will also guide your children to both value and seek good character qualities and avoid making bad choices.

A bear with a taste for honey and a fox tempted by blueberries…The two tales presented in this book puts the character quality of honesty to the test. The stories will encourage the young reader to think about deceit as a manipulative form of dishonesty towards others, that being dishonest often leads to more schemes to cover up, and can only lead to punishment and misery. They will help your children think about honesty as being a choice that treats others, friends, family and strangers, with respect and dignity.

About the author
Dr V Gilbert Beers has written more than 170 books, of which more than 100 are for children, including The Toddlers Bible, with more than 900,000 sold. His books have been published in 41 languages. Gil has two earned doctorates, a PhD in communications from Northwestern University and a ThD from Northern Baptist Theological Seminary. Happily married for 67 years, Gil and his wife Arlie have five children (one deceased), 11 grandchildren, and 15 great-grandchildren.

Be on the lookout for Series 2 ! 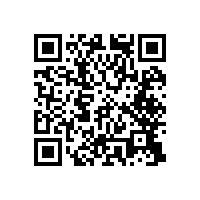