How We Discovered God’s Better Way for Love, Dating, Marriage, and Sex

In Love That Lasts, New York Times bestselling author of Jesus > Religion Jefferson Bethke and his wife, Alyssa, expose the distorted views of love that permeate our culture and damage our hearts, minds, and souls.

Young people today enter adulthood with expectations of blissful dating followed by a romantic, fulfilling marriage only to discover they’ve been duped. They learned about love and sexuality from social media, their friends, Disney fairy tales, pornography, or even their own rocky past, and they have no idea what healthy, lifelong love is supposed to be like. The results are often disastrous, with this generation becoming one of the most relationally sick, sexually addicted, and divorce ridden in history.

Looking to God’s design while drawing lessons from their own successes and failures, the Bethkes explode the fictions and falsehoods of our current moment. One by one, they peel back the lies, such as the belief that every person has only one soul mate, that marriage will complete you, or that pornography and hook-ups are harmless.

Reviews:
♥♥♥♥♥
Love That Lasts by Jefferson and Alyssa Bethke is a fresh look at God’s design for love, dating, marriage and sex.

Although both raised in a Christian “world”, the Bethkes had different outlooks on relationships and marriage that didn’t exactly line up with God’s design as outlined in His Word. As such, they both had struggles with issues of self-worth that stemmed from things such as porn and an eating disorders. Through alternating chapters, the couple share, very candidly, how these struggles affected any relationship they tried to form. They share the rocky road that God led them on to finding each other and the grace He showed them through His Word that opened their eyes to the joy that relationships can be when you apply God’s Word to them.

I’ve been on launches of Jeff’s in the past and I always say the same thing when I am done reading them. There are some people that no matter their ages, God has just gifted with the ability to mentor others, both younger and older than himself. It was lovely to get to know his wife through the pages of this book and I think this same line of thought applies to her as well. They are very grounded in the Bible and have a genuine love of people in the sense that God calls us to love others that jumps off the pages at you.

I have been married 18 years and I profoundly wish this book was available to me and my husband prior to our marriage. We were counseled in surface things,” What are your thoughts on finances, kids, etc.? You both believe in God? Cool. You are good to go.” As such, our marriage has been a struggle at times as things come to surface that were never really addressed before we were married. This book digs past the surface stuff in to the hard stuff, that every person, young or old, single or married should consider when seeking out a marriage partner. This would be great for pre-marriage counseling, or a teen or young adult class, even.

I personally will be using it as a tool to go through with my fifteen-year-old son, as the topics addressed are topics I desire him to know about himself and the Lord, so that he will seek a wife that God has for him. 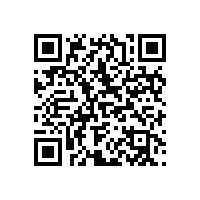