Who were the last kings of Judah? Were they the same as the kings of Israel? From Alfred Yeo’s previous work, The First Three Kings of Israel, we fast-forward 200 years to King Hezekiah of Judah. It’s now 715 BC and the king is walking in the ways of the Lord.

Though God had miraculously extended Hezekiah’s life by 15 years and wiped out an 185,000 strong Assyrian army in one night, the outlook for Judah and its capital, Jerusalem, was perilous. More so, Hezekiah’s son, Manasseh, rejected his father’s God and turned to foreign idols, even offering his sons in a sacrifice by fire. He also shut the Temple of the Lord and ordered that the prophet Isaiah be sawn in two. Such was Judah’s decline.

Captured by the Assyrians and forced to walk to Babylon in chains, Manasseh’s unexpected return to Jerusalem caused him to repent, but it was too little too late. His son, Amon, refused to accept his father’s changed life and restored the worship of idols. After only two years, he was murdered – leaving behind his 8 year old son, Josiah, to become king of Judah.

Surrounded by powerful, hostile forces with a child as king, how could Judah survive? Through the guidance of faithful spiritual mentors and the discovery, reading and conviction of the Word of God, Josiah offered some hope in restoring Judah’s favour in the eyes of the Lord God. However, what does The Last Kings of Judah (Vol I) ultimately reveal about him, his legacy and the people of Judah (to be taken up in Vol. 2)? Read on, for there is much that God can teach us through the lives of these kings. 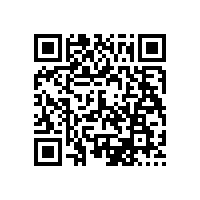